For the annual week long tramp (which normally happens in December), I had a chance to check out again the mighty Mount Ruapehu (this time in sunnier weather hopefully, compared to last time). I was joined by Jaime, Ryan, Angus, Alistair, and Trevor.

Left early this morning at 6.15am to head to Whakapapa Village, which would take 4 1/2 hours drive. We stopped for breakfast at a cafe in Te Kuiti before continuing on, I had the best pieces of bread for toast as the others had holes in theirs (with bacon and eggs). Once we arrived at Whakapapa Village, we went to the DOC Visitor Centre to purchase our hut tickets, which were one 'Great Walks Hut' and six 'Backcountry Hut'. 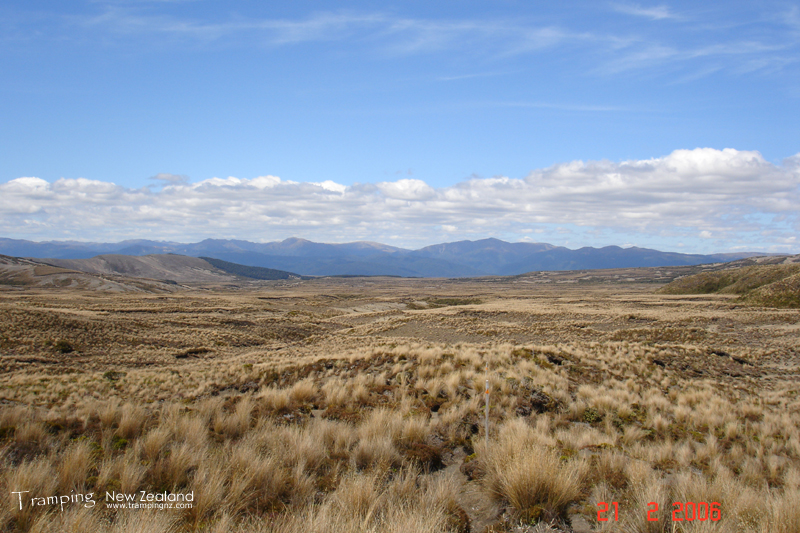 Today we were heading to Waihohonu Hut (part of the Tongariro Northern Circuit). It was slightly overcast which made good tramping weather as it was not too hot from the sun and a cool alpine breeze. Passed the Tama Lakes (which we could see the lower one from the track), but it did not have much water in it. From here we could see the general direction to the hut (from knowing the area) and out towards the Desert Road. We reached the hut in about 4 hours, where it has been recently (since our last visit) upgraded with a bigger deck and new long drop toilets.

Today the weather was brilliant, not a cloud in the sky as we head up to the highest hut on the eastern side of Mt. Ruapehu. First stop of the day involved passing Ohinepango Springs, where some water was collected by Ryan. Then we headed along Rangipo Desert, which contained volcanic silt / sand and numerous valleys. 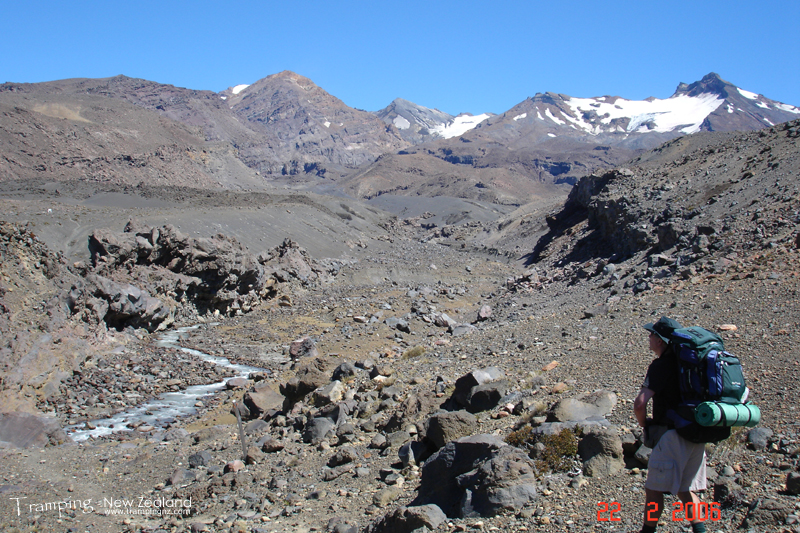 We had to reapply sunscreen as we headed up to Tukino Mountain Road which we crossed. Paid respects to Chris Miller's 'rock', where he got hypothermia last time. Passed through Whangaehu River Valley (where the lahar comes down) safely. Finally we hit Rangipo Hut in time for lunch which took us 5 1/2 hours in the scorching hot sun.

After lunch all of us had an afternoon nap for an hour. We all played a new card game called 'bang', it goes along like a wild west theme. Cooked dinner and enjoyed the view from the hut which is massive, you can see the whole Rangipo Desert, Kaimanawa Mountain Range, the Desert Road and beyond.

The weather turned today, which meant that we had to wear our jumpers, raincoats and beanies, although not as bad as last time (snowed). On the way to Blyth hut we passed through Waihianoa Gorge, which is a bigger valley than the one that the lahar goes down. Went through other valleys which were smaller in size and meant that we walked along some of the ridges of these. As we were dropping in altitude we hit some bush approaching Mangaehuehu Hut for lunch which took about 3 hours instead of the stated 6 hours. 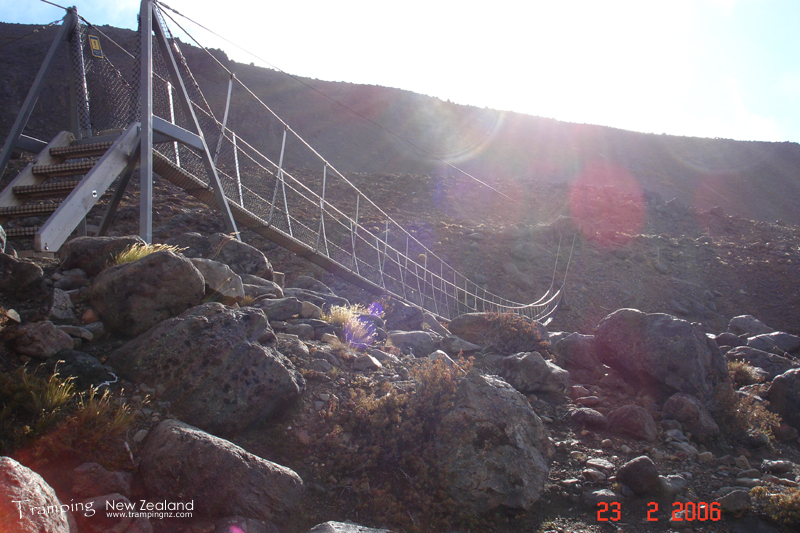 After a lunch break of warming up and a card game of 'bang', we continued on to Blyth Hut. This involved crossing a few more valleys, with a lot of the track being board-walked, as this area is quite swampy. Crossed 3 rivers on swing bridges and one of the rivers did not have any water in it. Reached the junction for the Blyth Hut turn off, 1/2 hour up the track, reached the hut which is above the headwaters of the Mangateitei Stream. We all claimed inside wall bunks as we know from last time the outside walls get wet. The weather started to close in so we put a fire on to warm up and dry out the hut. After a couple of hours the weather cleared up for a wonderful sunset.

Woke up to a clear day, with frost on the ground. Headed up above the Blyth hut on an unmarked track to Ohakune Mountain Road. We basically followed the ridge round; however we headed too high which meant that we ended at the lower carpark of the Turoa Ski Field. From here we went down the road to meet up with the track in the Makotuku Valley. Headed across to the Mangaturuturu Valley to Mangaturuturu (Wanganui Tramping Club) Hut which involved going down the 'Cascade' rockfall. Had lunch outside the hut in the sun, shaded by some trees and a memorial seat. 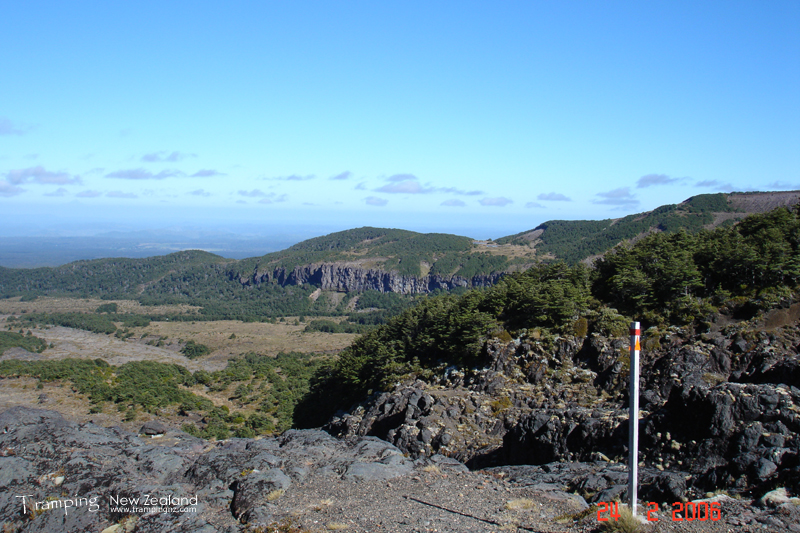 After lunch climbed out of the valley, which is a long way up to the top of the ridge, where we passed Lake Surprise and then up the 'Staircase' steps. From here we headed over 6 river valleys to finally reach Whakapapiti Hut, for our last night. Today was the longest day which took about 9 hours.

Low cloud this morning meant that we put our warm clothes on again. Headed down Whakapapaiti valley crossed the river and along alpine bog. Crossed the river again and up and over the valley (board-walked), then headed into bush, where the sun started to shine and our warm clothes taken off. Going along a steady gradient all the way back to Whakapapa Village via the Silica Rapids Track which took 2 1/4 hours.

On our way back to Auckland we stopped at Taumarunui for an early lunch at a Chinese takeaways shop. We also stopped at Pokeno for a large ice cream each. Arrived home just before 4pm.