Due to being Labour weekend, we headed down to Kaimai Mamaku Forest Park for a bit of tramping between a couple of huts.  I was joined by Vanessa, Chris S, Staci, Tim F, Tim S and Stuart.

Note: We deviated from our original intention (from day 2 onwards) of Hot Springs Road-End, Te Rereatukahia Hut, Waitawheta Hut, Waitawheta Road End due to people factors which occurred during the trip.

An early start, leaving Auckland to ensure we can get on the track as early as we can.  We made a couple a stops on the way including Paeroa to get last minute supplies and some morning tea.  We reached the end of Hot Springs Road and we sorted our packs out in preparation to get going.

Today we are heading up to Te Rereatukahia Hut, which initially involved crossing a stream to get our feet wet.  Then we started to head up hill, while two of the guys did a car shuttle run so we had a car at the other end.  It was a nice sunny day and the views were great overlooking the water towards Tauranga. 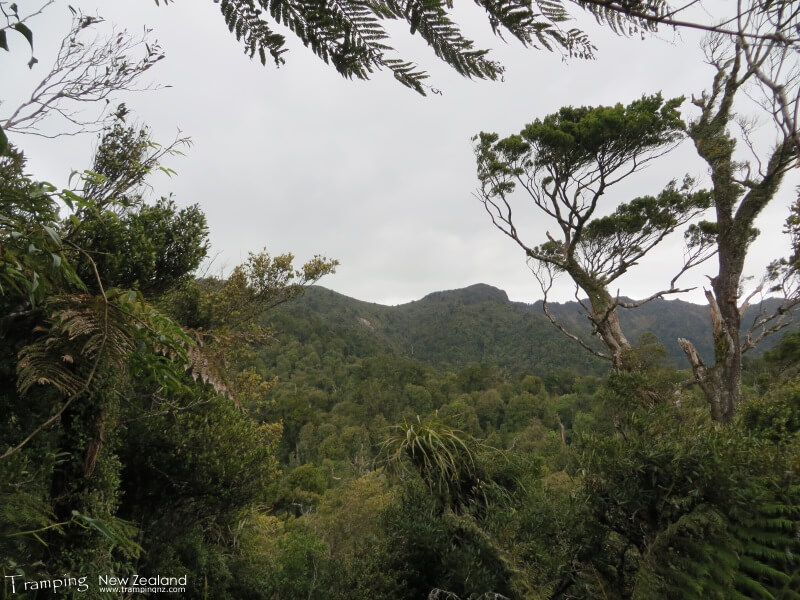 After another couple of hours we finally reached the hut, and it was quite full, but we managed to squeeze in.  Cooked dinner and then headed to bed as we have a big day tomorrow.

Got up early and had breakfast before packing up to head to Waitawheta Hut, which is a full day.  We kept monitoring our progress closely as we were not going as quick as planned.  We decided to make a call at 11am to review where we are at.

We managed to make to Wharawhara Link Track junction and reviewed our situation.  It was determined that we were not going to get to Waitawheta Hut until after dark at the pace we were going.  Looked at various options but could not make them work.  So we pulled the pin on the interest of safety.  So basically the car shuttle guys headed back to yesterday's entry point to collect the cars, while the rest of us continued out to the nearest road-end.  Once at the road-end we waited and relaxed until the cars showed up.

We then decided that we will go to Dickies Flat campground and camp the night there.  So we stopped in Katikati for supplies and then continued on.  We reached the campground and managed to work out sleeping arrangements as we did not have enough tents for all of us, but managed to squeeze in with what we had.

Although this was unplanned but it was the best outcome, as we enjoyed the evening.

Woke up to rain, so we packed up under the cover of large trees that we were camping under.  Then we decided to head to Paeroa for breakfast, which was very nice and then we headed back home to Auckland.