The East Coast of the North Island is the place where the world starts every day.

Home to the towns of Napier and Hastings. Napier was re-built in Art Deco style after an earthquake in 1931. It is often the sunniest place in the country.

Gisborne is the first city in the world to see the light first each day. On 1st January 2000 was no exception where New Zealand was the first country to see in the new millennium. This is the area where Captain Cook first sighted New Zealand at Young Nicks Head. 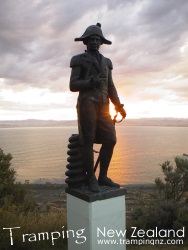 In the middle of nowhere location wise between Taupo & Gisborne (West to East) and Whakatane & Napier (North to South), is Te Urewera National Park with a big lake called Lake Waikaremoana. There is a 50km track that spans down the western and southern sides of the lake. It took me and the Awatuna Venturers 4 days to complete, being my first 4 day tramping trip (oh now I got hooked). Spectacular sights of the Panekire Bluff, is a must see, lots of native bush. To get here it is via gravel roads which take approximately 4 hours from Rotorua. 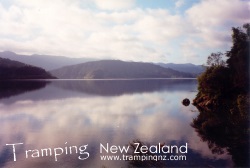