The Central Plateau is the core of the Taupo Volcanic Zone where it contains active volcanos in the dual world heritage status "Tongariro National Park" and largest lake in New Zealand "Lake Taupo" which feeds the longest river "Waikato River".

Taupo is located at the northern end of Lake Taupo - Largest lake in New Zealand. Lake Taupo is known for great Trout fishing. It was created from a large volcanic eruption, with its effects that could be seen from Europe and China in 181AD. 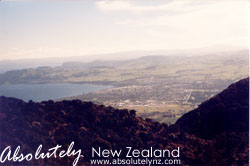 Tongariro National Park is my favourite part of the country, which I experience and appreciate a lot. Read on below to see why.

Home to the "Tongariro Alpine Crossing" track which is claimed to be the best one day hike in the country. I can assure you this is the case.

The Tongariro Alpine Crossing is part of the Tongariro Northern Circuit track. I first did the circuit track in 2000 with the Awatuna Venturers which took 4 days in length. It is an interesting experience in seeing up close the active volcanoes and landscape that are centred in the middle of the North Island. As part of the track I have done a side trip to climb up Mt. Ngauruhoe which is tough one, but it was well worth it.

The Round the Mountain track goes right round Mt Ruapehu, which is the longest in the park. This is one of my favourite tracks. Just seeing the landscape / weather change and volcanic features by going round a single active volcano is amazing. This can also be combined with part of the Tongariro North Circuit, which I have done. I have since done the above tracks several times and it has been different each time. 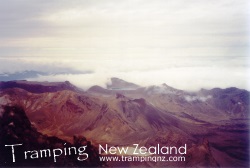 Mt Ruapehu is located in the central North Island within the Tongariro National Park (see above). Mt Ruapehu is most known for the ski slopes during the winter periods. I normally ski at Ruapehu Alpine Lift's Whakapapa Ski Area, which is the largest in NZ and stay if possible in the Scout Lodge which is on the mountain. 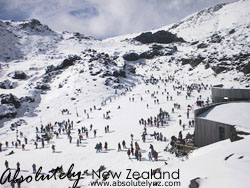 On the other side of Rangipo Desert (opposite Tongariro National Park) is the Kaimanawa Mountains. This is home to the wild 'Kaimanawa' horses, dear and pigs.

A town on the main trunk railway line, and it even has its own song about this. 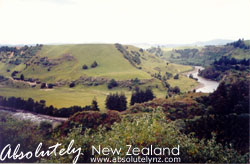